What are Point Clouds, and how can you generate them?

Companies continue to bring about new technologies, entirely disrupting industries. One of the most promising technologies claiming to change our interaction with the physical world and industrial assets is the Point Cloud.

Just imagine everything you can do by having an exact and realistic 3D digital replica of any of your industrial assets.

Point clouds have given rise to a new industrial revolution. This new technology is still showing its capabilities and already creating a significant impact in the workplace. However, there are still many doubts and uncertainties about this technology. Let's break it down:

What is a Point Cloud?

Point Clouds are 3D digital replicas of physical assets made from a measured set of data points in space (see image below). Technically, a Point Cloud is a dataset that contains millions of points existing within three dimensions, each having X, Y, and Z coordinates and some other attributes (e.g., RGB and Intensity values) in some cases. Each point represents a portion of a surface within a particular area, becoming an actual digital record of an object or space.

People tend to think of these points as pixels in a picture but within a 3D environment. Just like by having more pixels, you get better photo quality; the denser the point cloud is the more details and terrain properties you will see, allowing smaller features and texture details to be more defined.

How do you create a Point Cloud?

In Point Cloud generation, we can use two methods: laser scanners and photogrammetry.

The 3D laser scanners use LiDAR technology, which stands for Light and Detection Ranging. This technology uses a pulsed laser to measure the distance between surrounding objects and the scanner, giving a 3D scan of what is along its path.
Most advanced terrestrial laser scanners capture more than a million points per second and 360 photorealistic photos with a millimeter accuracy of any survey performed.

The LiDAR scanning technology comes in different shapes and sizes, from tripod-mounted scanners to drones. These scanners can be attached to helicopters, cars, small airplanes, and even used in mobile terrestrial equipment. These technologies have their pros and cons, but using one over the other depends on using the Point Clouds.

For instance, the tripod-mounted scanner is the most suitable to achieve millimeter accuracy for engineering and industrial applications. Their static characteristics allow them to capture more than millions of points per second, increasing the model's level of detail.

To digitalize an entire facility, the tripod-mounted laser scanners should be located in different positions to capture the overall shape of all objects or the area of interest. When the site scanning is completed, the data collected is then stitched together like a puzzle, creating a complete capture of the scene.

When wanting to digitize a large area in a short time or wanting a 3D visual realism of a physical object, photogrammetry is the way to go.

Photogrammetry consists of taking pictures of space from different angles and distances to capture the tridimensional surface of objects. After capturing the data, those photos are imported into specialized photogrammetry software for further processing, resulting in a 3D model.

Using aerial photogrammetry is the main advantage of capturing a vast extension of the area from higher elevations, allowing higher accuracy and detail of vertical assets.
The main output of photogrammetry software is a 3D mesh.

Meshes are 3D solid digital representations of objects and surfaces. The main advantage of photogrammetry over laser scanning is the quality of the texture of the 3D mesh. The meshes with laser scanning technology will not be comparable to the proper photogrammetry deliverable even with the dense and colored point cloud and advances in a mesh-from-point generation.
Nonetheless, there is a non-spoken truth on the difference between the point cloud and 3D mesh. The 3D mesh is intended to look nicer than accurate, so it is not recommended to be used for precise measurements or AEC applications.

New software and new equipment are being released constantly to improve the data capture and acquisition process while reducing time. The future of point clouds is looking bright, and most industrial sectors, even governments, are starting to realize the capabilities of this game-changing technology. 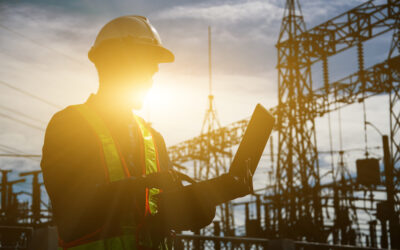 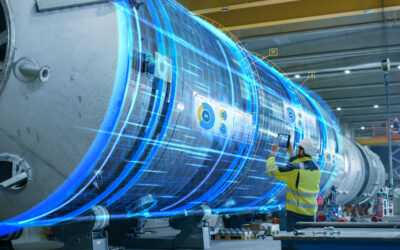 How You Can Improve Your Next Facility Construction Project 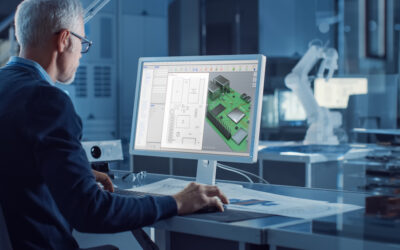 This website uses cookies to improve your experience while you navigate through the website. Out of these, the cookies that are categorized as necessary are stored on your browser as they are essential for the working of basic functionalities of the website. We also use third-party cookies that help us analyze and understand how you use this website. These cookies will be stored in your browser only with your consent. You also have the option to opt-out of these cookies. But opting out of some of these cookies may affect your browsing experience.
Necessary Always Enabled
Necessary cookies are absolutely essential for the website to function properly. These cookies ensure basic functionalities and security features of the website, anonymously.
Functional
Functional cookies help to perform certain functionalities like sharing the content of the website on social media platforms, collect feedbacks, and other third-party features.
Performance
Performance cookies are used to understand and analyze the key performance indexes of the website which helps in delivering a better user experience for the visitors.
Analytics
Analytical cookies are used to understand how visitors interact with the website. These cookies help provide information on metrics the number of visitors, bounce rate, traffic source, etc.
Advertisement
Advertisement cookies are used to provide visitors with relevant ads and marketing campaigns. These cookies track visitors across websites and collect information to provide customized ads.
Others
Other uncategorized cookies are those that are being analyzed and have not been classified into a category as yet.
SAVE & ACCEPT

Argenis has a bachelor degree in Geophysical Engineering and an MBA.